Despite its being on my "to-blog" list, I'm not sure I actually have much to say about my photo shoot with Mom and Seeser. Mostly, I'll just share some of the photos, with occasional commentary.

First, a bit of background on the shoot itself. We only had about two hours total, which seems like a ton of time, until you realize the set-up takes a while, and then there's all the various moving to different positions and poses - the time actually flies by. We set ourselves up in my mom's living room, with a sheet over the couch and a mirror by the fireplace. I could deal with using a timer or remote to take pictures if I wanted to, but I don't. If I want to be in the picture, I take it in a mirror. This is because a) it's fast and easy, and b) I actually like a lot of the pictures I've taken that include the camera itself. It's fast becoming a signature look for me, these photos of me with camera in my hand (see my profile, for example). The pics of Mom and Seeser I took in the regular fashion, but all the ones that include me were taken using a mirror.

On to the shots: 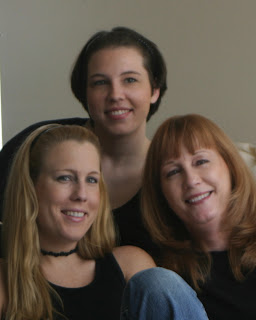 Starting classic and straightforward here. It looks like a Sears portrait or something, which really was kind of the idea. See a family resemblance there? 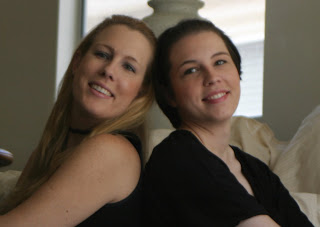 How opposite can two sisters be in terms of physical appearance? And this picture doesn't even show our drastic height difference... 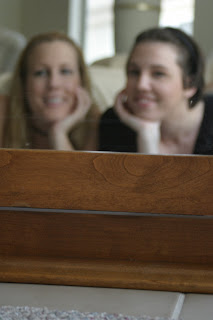 Okay, I admit it: Sometimes I really like the out-of-focus shots. 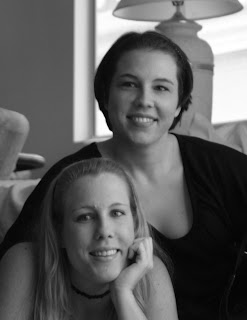 I heart black and white. 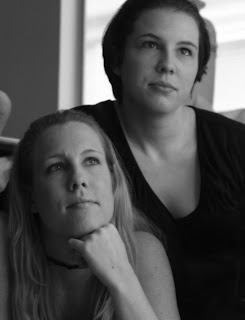 I also heart occasional variations on the "Say cheese!" family of poses. Someone saw this one and said we were "too serious." I think it's actually a very accurate picture of how we really are... at least some of the time. 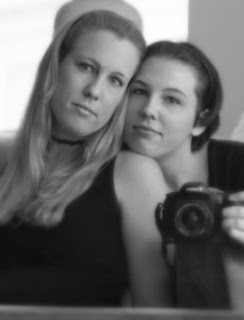 I think Seeser said this one was her favorite. 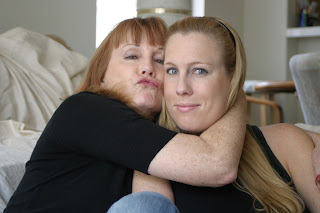 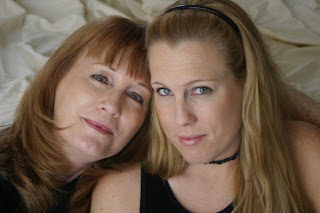 Can I just gush for a moment about how beautiful these two women are? Look at my mom - I don't think any of you could guess her age from looking. And could my sister's eyes be any more piercingly gorgeous? 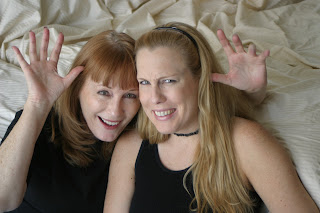 Mom gets silly. Seeser gets scared. 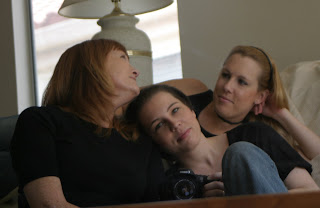 Let's end with another one of the three of us, though more artistic this time. Mom really liked this one, with her and Seeser's shared glance and my gaze into the camera.

Thoughts? Have a personal favorite? Want to point out extremely obvious family similarities? Which of us looks more like Mom? Should I give up photography and join the circus? Here are the comments. Go. Discuss.
Posted by Lara at 2:26 PM

Those are lovely. No need to join the circus.

You and your sister have the same mouth and nose, which is different than your mother's. I don't think either of you look most like her - you each have features of hers. You seem to have your mother's eyes.

I did't realize your profile picture was taken from the mirror, very cool! I love that picture.

I see the resemblance in the nose.

i am jealous of your straight noses.

mine is... neither functional nor straight.

i agree with seeser's favorite, although they're all pretty great.

No disrespect to Lara, dear, but the one that catches me is mom and seeser, not acting silly, and not wrapped in arms, just cuddly (the one with seeser's "piercing eyes").

I want more instructions on using the mirror so I can try to set up one of these photo shoots... Something with me, my mom, and my sister while I am preggo could be cute! Yet again, I want to be you when I grow up (even though I am older than you--haha!). YOU ROCK!

Those are wonderful. My favorite is the same one that is Seeser's. I'm giving you the slight edge on looking more like your mom, but I think you and Seeser look more like each other than like your mom.

First of all, I would title that shoot 'The Three Babes'!! Hard to tell which one, between you and Seezer, looks more like Mom. But your Mom is drop dead gorgeous!!! You ALL are!

I think you guys are gorgeous - and definitely look alike, even if it is just the way you mould together in the photos.

Loved the pics, thanks for sharing!

I heart black and white, also. Your fam is adorable.

All of you are so pretty. Your Mom, well, she is so young looking, not at all old enough to have mothered you guys. She is pretty.
Great pictures!

My favorites are the out of focus shot and your sis's favorite. You're getting really good on that camera!! Maybe there's hope for my eternal lack of photogenic-ness...