Christmas Morning on a January Evening

Last night I went over to Lady M's to hang out and chat. Also, to finally allow Bubbers to open his Christmas gift from Nanny Lara (about time, right?). Here is a pictorial timeline of events: 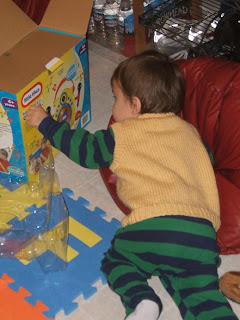 After ripping through the paper and then carefully extracting the gift from the box, Bubs plays by the rules and reads us the instructions. 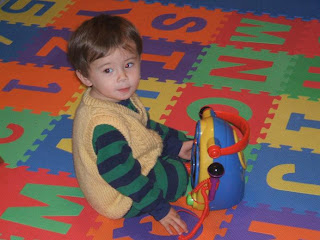 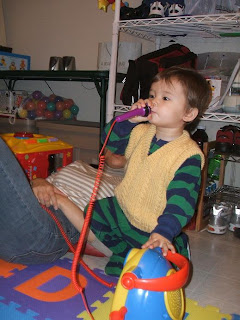 "OH! Now I get it! It's for beatboxing!" Bubbers finds his true calling as a vocal percussionist as Mommy and I look on with due admiration. 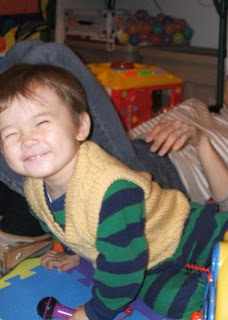 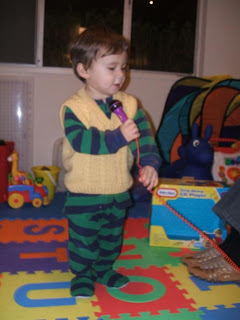 Time for a concert - stand back and give the kid some room! 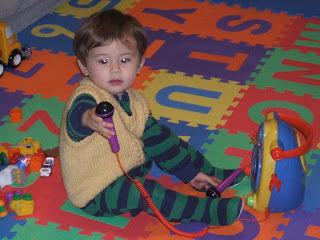 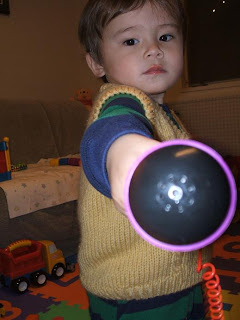 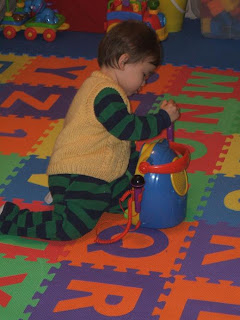 Like the good boy that he is, Bubs even cleans up when he's done. 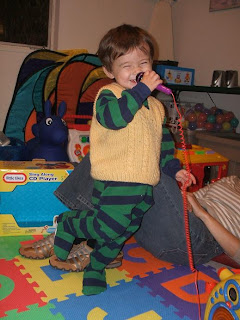 All in all, it was a total hit! Giggles and grins all around.

Thanks, Lady M, for a great night!

Day 6 of SaBloBoMo: The Diaries of Adam and Eve by Mark Twain 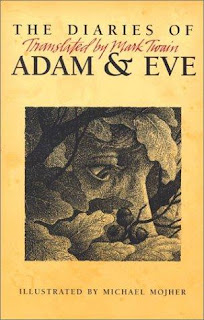 Okay, I am soooo not a fan of most American Lit. Huck Finn and Tom Sawyer? Whatever. But this book (well, it's really more like two short stories tied together) is amazing. So funny. Laugh out loud funny. All that satirical wit I'd heard about, that which supposedly made Twain so famous and great? It's all here in this story.

It's basically what it sounds like: the diaries of Adam and Eve, respectively. Adam's diary is so stereotypically male, especially in how he talks about and perceives this new creature that has descended upon his paradise and with her brought nothing but chaos. Eve's diary is rambling and insipid - as all females are, or so Twain would have us believe - as she struggles to figure out why this man is so stubborn and why he just doesn't understand things the way she does. Highlights include Eve's naming all the things in Eden ("Because it looks like a flower, that's why"), Adam's running away from Eden just to get away from Eve, and Eve's complete and utter fury at Adam when he throws their infant son in a lake as part of a scientific experiment to figure out what kind of animal it is (because it looked like a fish). I read the whole thing in about an hour - it's short and flows well. I highly recommend it for a lazy afternoon.
Posted by Lara at 10:38 PM

aww! he's so precious. what a most excellent gift. (especially since you get to go home and leave him to make all the noise!)

i'll stay over here with CNN and my election returns. ;-)

We had a great time too! Thanks!

I saw a book yesterday at Borders that reminded me of the Twain diaries. It was called "Women on Men" on one side, and then if you flipped it over, was called "Men on Women." Basically, it was a collection of quotes about men and women, many spoken by very famous people. So much funny...

sassy - yes, bubbala is extremely precious and i love him dearly. :) and cnn? feh. election returns? feh. so there.

lady m - we must do it again sometime!

justin - ooh, sounds amusing. must look for it next time i'm in borders. i remember loaning you the diaries when i had them for a paper i was writing. you liked them, right?

a mi me gusta practicar espanol!

(um, it's totally bastardized without accents and tildes, though...)