Wow, I give you an inch and y'all take a mile. Or something like that.

Well, LaLa, you get more than just five. Because I couldn't make myself turn people away. On we go, in order of claim-staking: 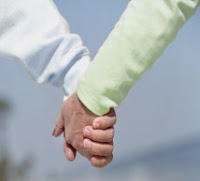 Sassy says: "There is no one who has better shown me the amazing power of the internet to bring people together. For me, Lara personifies the CS Lewis quote: 'Friendship is born at that moment when one person says to another: What! You too? I thought I was the only one.' Also, she has long legs and I want them. For my very own. In a non-dirty way, of course." [I gotta say I totally hear you on that Lewis quote, chick. I feel like we so often have those conversations - "You too? Really? Wow..." I'm glad we're friends. Not just bloggy friends either. REAL friends.]

CC says: "Lara is the first social dance 'mother' I ever had! (aka, R's partner in social dance 1)." [Yeah, I found it hilarious when I discovered some of the dance students thought of me as the "social dance mom." It was strange to me to realize there were many students who only knew me as the dance partner - I was to them what A. and C. were to me. I had trouble with that, since as far as I'm concerned I could never even approach the level of amazingness of A. and C. But yes, I was CC's first "mom" in the world of social dance. I'm so proud of my little girl!] 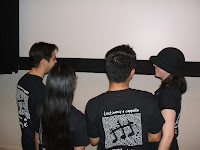 Tpiglette, rather than just saying something *about* me, has decided to provide you with direct quotations from my past: 1) "Bryan, we can both fit in that sleeping bag, can't we? Especially
now that you've taken your pants off." 2) "Zoos are great places! I didn't know there were so many animals!" 3) "I will eat my children. I will eat my children gladly." [She then adds:] "Don't you wish you knew the stories behind those quotes? ;)" [All I can say is... um... I don't actually have anything good to say. I did, in fact, say all those things. And more. So, so much more.]

Leif the Viking says: "We went to the same high school." [Yes, we did. Did we really never meet in high school? I guess not. I definitely knew who you were at the time, though, because you (and your brother, too) were the golden child of academia at that place. You would likely have had no idea who I was, though you obviously would have known my last name.] 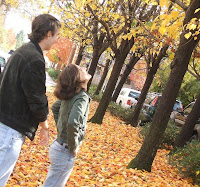 Tali says: "Lara likes multi-tasking in a multi-media kind of way. Examples include folding laundry while watching TV, painting her toenails while watching football (an awesome fact about Lara by itself, but I think already mentioned on the blog), blogging while watching A Chorus Line, reading while IMing, etc. Also, a well-known and useful fact: Lara is tall and sexy ;)" [The multitasking thing is very true and has been known to annoy many people I've known. People think it means I'm not paying attention, which is just plain not true. I just like to be busy. And the tall and sexy part? Well, I think we all know what I think about that...]

Aly says: "Lara likes to wear shoes, especially sexy lacy ones (helloooooo teacher) and also has wonderful taste in sending random presents to others." [This is all true. Even the part about presents. I sent Aly the Sailor Flats as a very belated Xmas gift. :)]

Seeser says... Nothing. She claimed a spot but then never emailed me what she wanted to say. :-P (You can put it in the comments, Turdy.)

So there you go. That's, what? Seven? Eight, if you count Seeser's phantom comment.

Oh, I know you better now and I love you even more mon pois doux!

What a totally fabulous way to do a meme, I shall do this next time. Hopefully at least 5 people read my blog! xx

Didn't we overlap by only a year? And isn't it a big school? I submit that those are the primary reasons we didn't know each other at the time.

You have to give me credit for coming to a dead stop on my bike on my way back from TJ's (and therefore in an unstable bike situation, not to mention melting foodstuffs) some months ago when I had the vague notion I recognized you.

Ooh, I just thought of one!!

Lara's comments have the ability to make you feel like you matter out there, and that perhaps you, too, are loved.

And she has a good way of "putting things", but you already knew that.

This was a cool meme. And yay for that autumn-y picture =) It's a nice one.

Sorry. Got busy finishing a mystery novel and didn't come back here! Okay...

Lara has a fear of home cleaning products. :) When Lara was about 6 years old, she was helping out with household chores by cleaning the bathroom. Suddenly, I hear this little, high-pitched scream/squeal. It's Lara yelling "Ajax, Ajax!!!" I run into the bathroom to find her tiny tushy stuck in the toilet and her legs sticking up into the air. Apparently she had put the toilet seat up, poured the Ajax in, and then had to go to the bathroom. She didn't bother putting the seat back down, so she fell in. Poor thing, but it was sooooo cute!