You Want a Piece of Me?

If there WAS a pre-printed application for being "Boy Z" as you indicated in the last comments section [Lara says: That would be here.], what questions would appear on it? What qualifications are you looking for? Are there any specific deal-breakers to look out for? Is the application process the typical "application, screening interview, panel interview?" Or is there something more diabolical set up?

(I hear you all out there - don't think I don't. You're all thinking, "Oh my GAWD, is she STILL answering those damn questions? How long is she going to drag this out?! And the answer is, "As long as I can.")

Well, Mr. O, there are some good questions there. First, I am compelled to point out that the correct phrasing is "If there WERE a pre-printed application..." but only because the subjunctive is one of my hot-button grammar issues.

Second, it's funny that you mention "something more diabolical" as an option, because this exchange occurred between me and Boy X - er, I mean, Batman - before we started dating:

Batman: do [potential suitors] have to pass a series of tests?
me: totally
are you kidding?
it's a brutal process
12:43 AM Batman: :)
me: only a special few survive
especially after the cage deathmatch with the hungry tiger 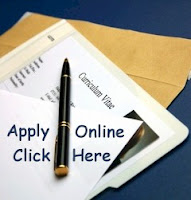 Fortunately for Batman, the deathmatch was just a bluff. I've never had an "application" per se, but let's build one, shall we?

Name? (I don't want to be dating someone if I always have to call him "Hey, you!")
Age? (It may be just a number, but it's still kind of important. For now, I'm looking 25-35 or so, and I tend to favor 30 and above.)
Height? (Basically, this translates to: "Can I wear heels without dwarfing you?" I'd like the answer to be "Yes.")
Profession? (I tend to be attracted to the nerdy boys of the technical fields. I suspect I'm looking for someone logical to balance my emotional turbulence.)
Education? (Gotta have at least a college education. Call me a snob, but I just can't imagine being with someone who doesn't value education the way I do.)
Religious beliefs? (I would really like to find someone who can share my faith with me (I wrote about that here, if you're interested), but I'm open to anyone who is accepting of my beliefs.)
Do you want children? (This here? This is the one and only genuine deal-breaker question. I cannot be with someone who does not want kids. That's just pure and simple fact.)

I think those are really the basic questions to answer. Race/ethnicity really doesn't matter much to me. Hobbies and activities are nice to share, but it's nice to have some independence there too. Anything else I might want to know would be better discovered in a genuine conversation, so at this point, it's best to just meet.

Meeting is important for all the stuff that can't be measured on paper, but is so important to a relationship, such as:

Is he a nice guy? Vague, perhaps, to use the word "nice," but I think we all know what I mean. Does he say "Please" and "Thank you" to our waiter at dinner? Does he hold the door for little old ladies? Does he apologize if his cell phone rings in the middle of our conversation? Does he open my car door for me? None of these alone will make or break it for him, but they're all important clues to his overall character.
Does he have a good sense of humor? Again, a little vague, because what makes a "good" sense of humor? For the purposes of our application process, a good sense of humor means he makes me laugh and he laughs equally at my jokes. Probably he's witty and a bit sarcastic, and he enjoys a good round of verbal sparring.
Is he a good conversationalist? If he's going to be my boy, he's going to have to be a good listener, because I talk. A lot. A flaw of mine? Perhaps, but it's all part of the package. However, he does need to be able to open up and share also, because as wordy as I can me, I never enjoy one-sided conversations. Also, eye contact and body language are very important signs that he is valuing what I have to say.
Am I attracted to him? This is the other deal-breaker. If he's got all that other stuff and I'm just not attracted to him, well, the best he could be is a really awesome friend. And this is something that just can't be measured by anyone or anything except me. I don't care if he's ranked a 10 on "Hot or Not?" - if I'm not feeling it, it's not gonna happen. And I don't care if he's a 1 or 2, either, because if I meet him and swoon, everyone else can kiss my swooning butt.

So now that we all know what I'm looking for, let's see how Batman measures up:

Name? He has one! For our purposes, it shall be Batman, but fortunately, it's something much less freaky in real life.
Age? He also has one of these. He's a little younger than I usually go for, but still older than I am (though just barely).
Height? When I wear my three-inch heels, my head fits just perfectly on his shoulder. Squee!
Profession? He's a techie nerd, just like I like 'em.
Education? Batman has the same number of degrees that I do. (And from the same university, too!)
Religious beliefs? We differ on the specifics, but he's Catholic, like me.
Does he want children? He does! Everyone breathe a sigh of relief!
Is he a nice guy? Totally and completely. He has excellent manners and he takes care of me like he should. (Yes, in return, I like to think I take good care of him.)
Does he have a good sense of humor? Yes, although I'm trying to convince him to expand his repertoire of double entendres to include more than just "That's what she said!"
Is he a good conversationalist? Very much so. He listens to everything I have to say, and - more importantly - he always looks like he is really interested in it. He has me completely convinced that he wants to know everything about me, and that is just so SEXY. But when it comes down to it, he knows how to share himself with me too, and that's just as important.

Am I attracted to him? Um... tee hee. You'd have to see the way I grin when I think about him to understand why "Yes" seems a little understated here. And, for what it's worth, upon seeing his picture:
Seeser said, "Whoa!"
Mom said, "Wow..."
Seeser's roommate said, "Go Lara!"
Unnamed dance friend said, "He's REALLY cute!"

So, uh, yeah... Batman? He's doing pretty darn well for himself. And I? I'm really happy.

Here's hoping the newly-produced application above won't need to be used any time soon...
Posted by Lara at 9:26 PM

OK you are adorable, seriously.

And now I want to see this mystery boy. I always did like Batman, hee.

aly - we'll see. i have to slowly get him used to the idea of being a fan favorite on my much-loved site here, then i'll try to talk him into willingly appearing in a photo or two. ;)

See, when I hear "Batman" I now think of the delicious and bad-ass Christian Bale rather than the wimpy-by-comparison earlier versions. So "Batman" as a blog name? Works for me. Yum.

For me, the deal breakers were kids and cigarettes - yes for the first and a resounding NO for the second.

'phew', that's sigh of relief! You know there are people that get married and only THEN find out their SO doesn't want kids? That's just wrong!

Yay for you and Batman!

yay for you! So well deserved!

Oh and I really love the hair in that last picture. Is this new?

Oh ho ho! I missed the official upgrade to "dating". Last time I talked with you on the subject it was "Well, I really like him and he really likes me, and we're spending time together to make sure that's the case."

While I'm not sure that's importantly different from dating, the fact that you explicitly said so is worth something, right?

I love these two photo's of you! You are glowing, girl!

The kids thing was also a dealbreaker for me. My husband is much shorter than me though - I just pretend I'm Katie Holmes or Nicole Kidman.

mrs. chili - actually, smoking might very well be a deal-breaker for me too, come to think of it. i think i could probably just lump it in with "do i find him attractive," though, because smoking is SO unattractive.

wolf lover girl - i love that hair too, but unfortunately, it's a wig. :-P

will - i'm not sure it's really different. i throw the word "dating" around fairly casually, because, well, we do go on dates: we go to movies, we go out to dinner, we go dancing. we hold hands and stuff while we do these things. so yes, i think it's pretty clear that we're "dating." the bigger upgrade will be if/when we move to titles like "boyfriend" and "girlfriend". we'll have to wait and see...

I don't often miss those heady days of dating and falling for someone, but this post totally made me wistful.