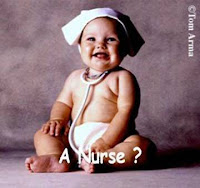 This afternoon, Mom and I were walking around campus together. Suddenly, she tripped in a big divot in the concrete and took a nasty tumble. Honestly, even though she's been complaining ever since about feeling like a klutz, it's not the kind of thing that anyone could have seen ahead of time - just bad luck. As soon as she landed, I rushed to her and asked if she was all right. Unfortunately, she sprained her right ankle really badly - almost immediately it began to swell up to the size of a tennis ball. When she tried to stand on her other leg, she realized she'd landed hard on her left knee - it was badly scraped and also beginning to swell.

With the help of a kind gentleman passing by, we got Mom seated on a shady section of a nearby divider. Two girls came out of the nearby bookstore and immediately started asking what they could do to help. When they found out what happened, they got us some ice, some anti-bacterial spray, gauze, and bandages. We thanked them many times for being so kind, and they responded, "We were just saying that if anything happened to our moms we would feel awful if no one helped!"

I went into the bookstore to run a necessary errand, and while in there, bought some water for Mom so she wouldn't get too dehydrated. After dropping that off, I went to get the car, in the hopes of pulling it up as close to where she was as possible. Unfortunately, I wasn't able to get it all that close - it was still about 60 yards away at the closest.

Mom and I were a bit stymied - it didn't seem very feasible to get her all the way to the car, but we didn't know how to get it closer. Suddenly, we noticed a campus employee nearby with a golf cart - they drive them around campus - and so I went to plead our (only mildly pathetic) case. 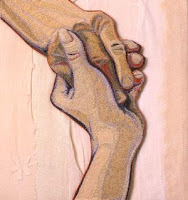 The woman looked quite nervous, and replied that she was already running late. I assured her that the ride wouldn't take very long, and she agreed. She even flagged another employee driving past so that they could each take one of us to the car. We were duly thankful the whole time, especially as she even helped my mom into the car. I've been sincerely hoping all afternoon that her supervisor was understanding of her being late, because she was truly our angel in that moment.

Eventually we were able to take off, and though our plans for the evening had to be slightly modified for our lessened mobility, we were still able to have a pleasant time together, including dinner with Aussie Boy and a dance rehearsal with Lady M and SwingDaddy. The swelling had gone down a bit by bedtime, thanks to some Advil and plenty of ice, and I'm hoping rest will help as well.

Here's the really strange thing, though. At one point, while waiting for me, Mom was talking to Seeser on the phone. Apparently, Seeser listened to Mom's story and sympathized, but her very first question after hearing it was, "Did Lara get her camera and take a picture for the blog?"

When Mom told me this, I laughed, but I was also surprised. "Of course not!" I replied. The thought hadn't even occurred to me, honestly. When Mom is hurt, my first thought is not about blogging the moment. My first thought is to help her, make her better, soothe the hurt however I can. I'm a daughter first and a blogger second.

As I told Mom this evening, though - just because it wasn't my first thought at the time, doesn't mean I won't still blog about it. She understood, and merely requested that I tell you all that she was defending us both from muggers, and that's how she fell, because she said the truth would be too embarrassing. So that's the story - she was defending us from muggers.

Your mum sounds like she has a great sense of humour - sending her speedy recovery wishes!

As a 50 something mom who has tumbling issues at times, I feel for your Mom and hope she's okay and well on the road to recovery.

Hope your mom is feeling better quickly! Sounds like her spirit is good though. My mom fell once - I had made her go roller skating. lol She won't go anymore. (smart mom)

To reduce the swelling go for something nice and cold, like a Long Island Iced Tea. It will also help reduce the pain, atleast for the immediate moment. Mixing this remedy with a healthy dose of painkillers may also have the bonus effect of allowing your mum to fly around the dancefloor like a hummingbird on speed...

Warning: may cause hangover effects and increased swelling the following morning. If pain persists, don't blame your doctor.

It's nice to know that there are still people who will help those in need simply because they are a person in need.

Have a good weekend

MDC, I'm sure your name is for a different reason but all I can think of is the old punk band MDC. Which stood for something different every album, Millions of Dead Cops being the best known. Couldn't help but point that out.

Sorry Lara, but I have to comment off topic...kilgore trout - that's EXACTLY was I was thinking!

Thank your mom for defending us against those pesky muggers ;) I do hope she feels better very soon.

My husband is constantly telling me to get the camera for the blog. He'd have Finn's diaper rash on the net if I let him!

all - thanks for the wishes! mom is doing much better. :)

aly - yes, lots of good karma to the kind strangers who helped.

MDC - jitta shared a tumbling tale with us. i think it made my mom feel slightly less stupid for falling herself.

aimee - yeah, see, my mom was just walking. i think she'll be inspecting the ground more closely from now on, though.

kilgore trout - i was really happy about how many people stopped and offered their assistance to us. i would hope if i saw something like that i would do the same, but i know i definitely will now.

kenny ramone and kilgore trout - you guys crack me up. i have no idea what this band is, but i'm glad you both seem to be enjoying the connection. and yes, her name stands for something else entirely: momma de catch.

nutmeg - having a camera for blog pictures was one of the best moves i ever made. it just makes life - for me, at least - that much more fun.