This 2-3 hours of sleep a night thing is not working out so well for me. I'm so tired my eyes are literally burning. I feel like I'm constantly sleepwalking... or sleepdriving, which is probably worse. So, rather than try to come up with something original and, oh, I don't know, rational, I thought I'd steal a meme from Dave over at Blogography. 'Cause, you know, I like memes.

Name an actor who would make you more inclined to see a movie.
Hugh Jackman. Yum...

Name an actor who would make you less inclined to see a movie.
No one jumps to mind, honestly.

Name a movie that you can and do quote from.
There are a few standby films in my quote repertoire - Ghostbusters and Airplane! probably top the list. Top quotes include:

Name a movie musical in which you know all of the lyrics to all of the songs.
Name one, and I probably know it.

Name a movie you have been known to sing along with.
Pretty much any and all Disney movies.

Name a movie you would recommend everyone see.
Horse Feathers. Duh.

Name a movie you own.
I own tons of movies. The one I watched most recently was A Day at the Races.

Name an actor who launched his/her entertainment career in another medium but who has surprised you with his/her acting chops.
Will Smith, all the way. I think he's amazing. Parents just don't understand.

Have you ever seen a movie in a drive-in? If so, what?
The one I remember best was a double feature: Se7en and Twelve Monkeys. Boy did I have nightmares that night...

Ever made out in a movie?
Actually, no. Nor do I want to, really. If I want to make out, there are more comfortable (and more private) places to do so. And for most of them, I wouldn't have to pay $9.50 for the privilege.

Name a movie you keep meaning to see but just haven't gotten around to it yet.
There are so many that none even come to mind.

Ever walked out of a movie?
Yeah, twice: Il Postino (because both Mom and I had literally fallen asleep) and Wyatt Earp ('cause it was boring like you wouldn't believe). 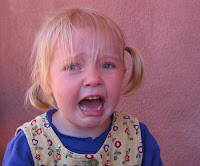 Name a movie that made you cry in the theater.
Tough to pick just one - I'm a sucker for a good tearjerker. The most infamous instance, within my family anyway, is The Man From Snowy River, where I suddenly burst into sobs so loud that half the theater jumped out of their seats in terror. Mom and Seeser can back me up on this.

What's the last movie you saw in the theater?
Wow, beats me. Happy Feet, maybe?

What's your favorite/preferred genre of movie?
I'm a fan of the silver screen classics.

What movie do you wish you'd never seen?
No question about it: The Big Lebowski. And the sad thing? I've seen it twice.

What is the weirdest movie you enjoyed?
The MST3K movie is pretty weird, but I love it anyway.

What is the scariest movie you've seen?
For all that it's cheesy, The Ring scared the crap out of me.

Feel free to steal this for yourselves. For me, I'm off to lesson plan for tomorrow and then get to bed early. And by "early," I mean before 3am.

(Have you voted? Just checking...)

I LOVE Lilo and Stitch ("Punchbuggy") and just watched Beeteljuice again last week. It wasn't as good as I remember!

Why aren't you sleeping? 2-3 hours will kill you slowly, or not so slowly if your driving at the time.

the ring scared the living shit out of me.

i haven't been able to look at tv static for years...

Seeing as you mentioned it repeatedly and I've never heard of it, whats Horse Feathers?

Ok just looked it up its got the Marx brothers it must be amusing. This also explains why I didn't know the film. There are some great old films out there, but I don't know them.

Stop checking your blog and get some rest.

You are the second person in a week to tell me that they didn't like The Big Lebowski. What is wrong with you people? Jesus, man. How can you not like The Dude, man?

Because Hugh Jackman is the most talented,actor, singer and dance with charisma, personality and a great sense of fun and first class to wathch on the screen and breathtaking on the stage - who else is there -that can stack up to him....besides noone ! ! !

lala - yeah, lilo and stitch is possibly the greatest disney movie of all time, in my opinion. and beetlejuice was just on last night! :)

kilgore trout - yeah, tell me about it. just couldn't fall asleep. hopefully this week will be better, since it should be a bit less stressful.

ali - yeah, me too. back when i had longer hair, and it was black, i woke up my then-boyfriend from a nap with it hanging all in front of my face like samara. i swear, he screamed like a girl. he was furious with me, but i thought he was overreacting. then, later that night, just because i was curious, i put all my hair in front of my face and looked in the mirror and OH MY GOD. i scared the crap out of myself and i KNEW who it was! i felt bad after that.

kilgore trout - two comments in one post! i'm honored. ;) "horse feathers" is my favorite of the marx brothers films i've seen so far, and i've seen a fair number. i'm missing some of the biggies, though, like "duck soup" and "cocounuts".

julia - you are the second person to read this and get upset with me for disliking it. also? you're the first female i've personally known to like it. :-P

anne hedley - yes! totally. i love him so much. i'll pretty much see anything he's in, even "van helsing" (which i've seen numerous times). sigh - so dreamy. :)