No, that's not true. I mean, it is true that I caught what may or may not have been (but almost certainly wasn't) malaria while in Africa, but it's not true that that is all I got. In fact, I got much more.

... What's that? You want to hear about it? Really? Even after I've so brutally neglected you and left you wondering what you could possibly have done to upset me and make me leave you forever? That's so sweet! Okay, let me tell you about Africa...

First, I must brag about the awesomeness of the students at Christian School. They are truly an anomaly in the world of teenagers, because they are amazing, sweet, well-mannered, conscientious young people, and I was (almost always) proud to be associated with them. It was really only on our first long flight - from San Francisco to Paris - that I was mildly ashamed to admit they were with me, when they were running around the airplane laughing noisily in the middle of the night, until one poor lady had to ask to be moved away from them. Literally, that was the only time I've ever seen them act like stereotypical annoying teenagers. The rest of the time, they were polite and mature beyond their years.

You may have noticed the mention of our flying to Paris in that last paragraph. Yes, even though we were technically on a missions trip - where the general understanding is that you go to sacrifice your own comfort and pleasure to help and serve others - we lucked out and ended up with a 12-hour layover in Paris. So we took a group of 20 teenagers and 7 adults trekking through Paris for a whole day, and let me tell you, it was beautiful. I can't say I fell in love with Paris, but only because I was only there long enough to get the barest taste of what it could be. I think if I were there longer, I could definitely be in love.

First we went to Notre Dame: 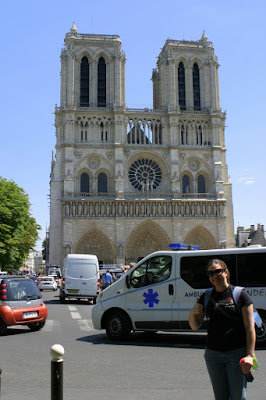 (The ambulance drove in at the last second. I think it might have been a harbinger of things to come...) 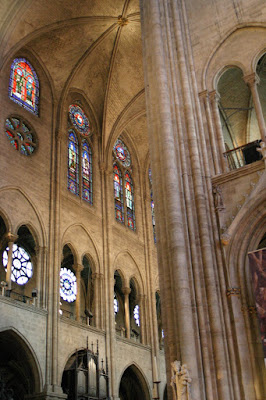 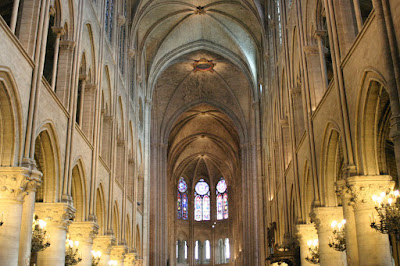 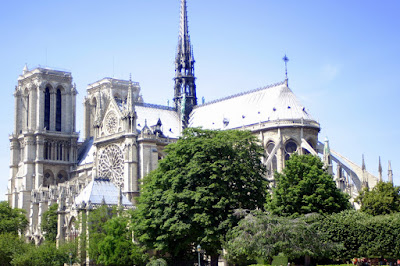 Then we visited the Arc de Triomphe: 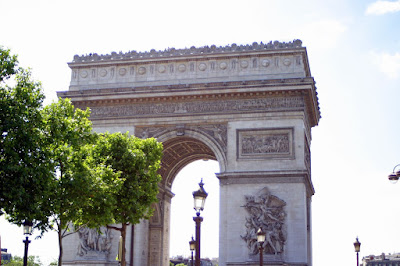 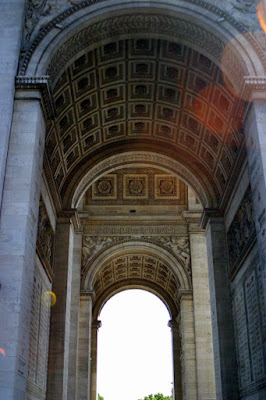 And the Eiffel Tower: 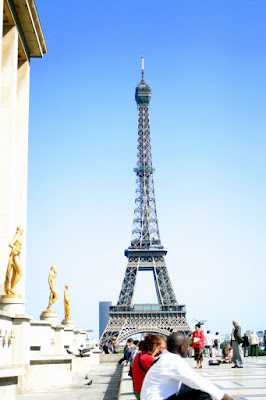 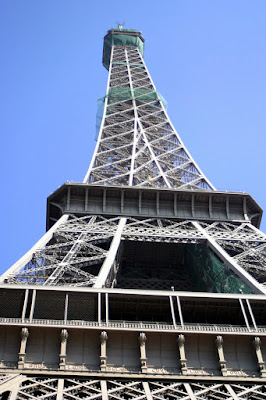 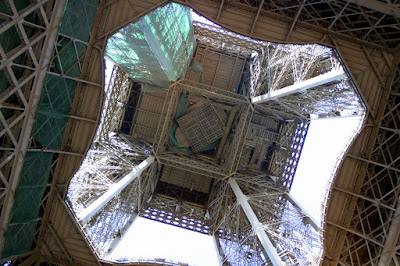 (This is what we refer to as the "up the skirt" shot of the Eiffel Tower. Poor girl is horribly exposed.)
And we even got to go up the Eiffel Tower and enjoy amazing views (but we only went partway up - we didn't have time to wait in the lines to go all the way to the top, which was sad): 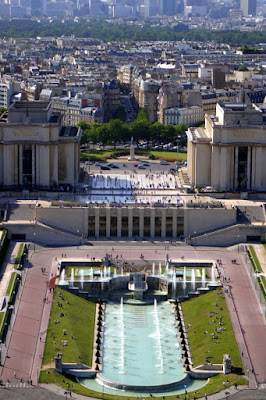 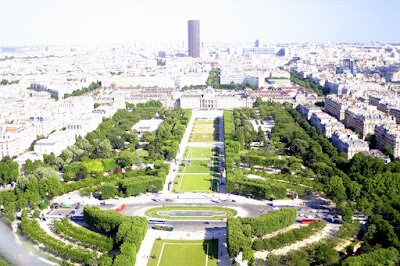 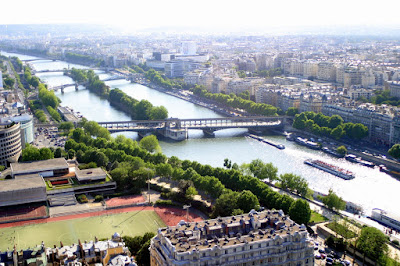 Yeah, for a "missions trip," we felt like we were getting awfully spoiled. Oh, and let's not forget that we also got crepes and chocolate croissants in Paris as well. Oh, it's a hard life sometimes.

After an overnight flight from S.F. to Paris - on which almost no one slept, or slept very little - and a full day of walking around the City of Lights, everyone was quietly snoozing most of the flight to Johannesburg. These were my first flights longer than 5 hours, and I have to say I did very well. I don't mind sitting for long periods of time, and if there are movies to watch and/or books to read, I'm pretty content. Plus I sleep well, so I was the one in the group at whom everyone else glared jealously on their way to the bathrooms, because I was so often sleeping soundly while they tossed and turned, trying to get comfortable by flopping face-down on their tray table. I didn't mind the jealous looks, though. Because I was, you know, ASLEEP. Suckers.

After Johannesburg we got on this lovely - and I'm sure completely safe - craft: 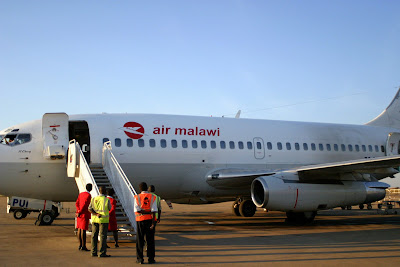 ... and flew to Blantyre, Malawi. (Actually, we flew to Lilongwe, Malawi, then turned around and flew 35 minutes back the other direction to get to Blantyre. African flights are weird.)

When we arrived in Blantyre, we "met" our bus for the first time. There are really no words to describe the awesomeness of our bus, so I'll just let the picture do the talking: 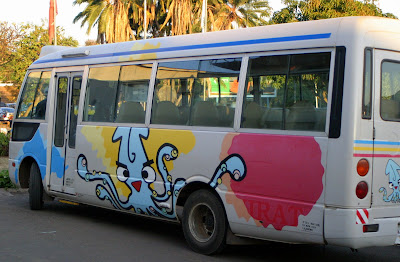 (I hear your question reverberating through the interwebs. Yes, that is a squid.)
Then off to our hotel, complete with mosquito net - or, as I liked to call it, my "cocoon of safety": 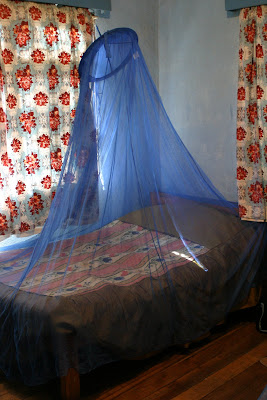 (Until we discovered it had large holes in it. Then it was my "cocoon of mostly-safety.")
And then the trip began in earnest, which I will tell you about in the next post. I know, you're all still wondering about that whole "I may or may not have contracted a deadly disease" story, but that should be just the motivation you need to keep your eyes peeled for the follow-up post.

Nice photos of Paris -- looks like it was a beautiful day to visit.

The shot from under the ET is really cool. I didn't know that's what it looks like.

Wooo! I was hoping I'd get to hear about Africa. I am totally staying tuned. Hooray for awesome mature young people, your pictures are gorgeous, and that squid bus looks like it rocks =)

Welcome back. I can't wait to read more of your adventures.

I love the squid! Can't wait to read more.

what a fabulous trip!

I used to think the notion of Paris as the most romantic city was overblown--until I had a chance to visit. Then, walking alone the Siene river, watching the Eiffel at sunrise, and wondering along the Hemingway-haunted alleyways in the Latin Quarter, I fell madly in love with the City.

That photo of the mosquito net brought back memories of my Asian childhood. I used to sleep in one of those. Mine, too, had a few holes. Once in a while, a few dumb insects with poor flight patterns would float in, then I would be trapped inside with those angry suckers the whole night. They offered protection as well as irritation, as I recalled.

I'm so glad you've got all these people who love you even when you neglect us. :)

Wow! Paris and Africa!! That's amazing. :) I can't wait to find out what happens next!