Airplane Scribblings and a Q&A Google-age

[I scribbled this during my flight out to Vegas. This is just how my mind works sometimes, sad, but honest. Things like this are also why I always have a small notebook with me, just in case the urge to write strikes.]

I took my seat in the waiting area, dropping my bags at my side. The display showed my flight as on time, which left me with about ten minutes before boarding. I looked around, observing the people sitting near me, and a pair of young women caught my attention. They seemed engrossed in conversation, gesticulating wildly back and forth. I thought of my sister, who habitually flails her hands at random when she speaks. Then I realized that they weren't speaking - they were using sign language.

I thought of Lilit, one of my best friends from childhood, only she wasn't Lilit then, she had another name; in all honesty, she was really a different person, as much as a 9-year-old me was a different person than I am today. Lilit's parents are deaf - or, more accurately, her father is deaf and her mother is hard of hearing. I remember going to her house and watching with fascination as she conversed with her parents in sign language. It was like a party trick to me, this cool thing she could do, as if she were a trained seal or a performing poodle. In my mind, whether she knew it or not, I was belittling her family's language.

All at once, there in the airport, I'd done it yet again. Without paying attention, I'd dismissed their entire form of communication to meaningless hand gestures - it was like if I'd gone to Africa speaking English and had everyone assume I was just spouting gibberish. Suddenly, I felt sad, and I realized that if Lilit had been with me, she probably would have recognized it at once for what it really was. I felt envious of her for that - not in the way I used to, when I felt
like she could do this great trick that I would never be able to do. This time, I envied her ability to communicate where I was utterly lost. She has a unique tie to an entire world of people I will never really know.

In a crowded terminal, I suddenly felt very alone, and I wished more than anything that I knew what those women were saying.

And now for something completely different... 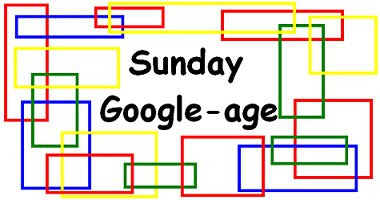 You've missed it, I know. So let's get this party started, shall we?

can you become an optimist? - Apparently so, since I recently became one myself. While life is certainly never perfect, and I still struggle in many ways, I have a lot more hope for the future, and I don't let things keep me down for long.

what am i going to look like when im older? - I don't know; what do you look like now? Think that, plus wrinkles.

is it true that everytime you eat an oreo, you loose three minutes of your life? - Wow, three minutes to eat an Oreo? That's pretty slow. It must be because you're taking too much time twisting them apart and licking the frosting. I just eat the damn thing, and it takes me about 15 seconds.

why is my dog eatting used diapers? - Maybe because you never feed him. I think the more important question is, why are you letting your dog eat used diapers?

have you ever let a guy look under your skirt? - Well, yes. I often let people look under my skirts. Especially at dance events, since half the time the number of skirts I'm wearing becomes a central topic of conversation. "How many petticoats do you HAVE under there?"

did you pee your pants? - Like, ever in my life? I'm sure I did. Recently? Not that I recall.

you own a set of white tie and tails? - No, I borrowed that set.

what color shoes should i wear with a brown skirt? - Whatever color you want. Except maybe lime green, but I'm biased, because I think lime green is just a gross color.

why do girls take lip gloss with them on a night out? - It's not actually lip gloss. See, that's our secret communication device that lets us connect to the mother ship and receive our instructions for global domination.

How does a girl have sex with a dog? - Uh, hopefully, she doesn't.

does being a lawyer get better or do you just become numb? - I don't think there's anything I can say here to make this funnier.

do horses like people to wear perfume? - I'm pretty sure the olfactory senses of horses has been assaulted enough by their own shit that natural human scents don't bother them much.

what's a sniggler? - I don't know, but frankly, it sounds made up. And a little bit dirty.

how important is on-going education in your job? - Pretty damn important, I'd say. Especially if I keep getting assigned to teach things I didn't study very much, like French. Ha!

What underwear looks good on my bum? - Not having seen your particular bum, I can't say for certain. You can never go wrong with something pink and frilly, though. (Yes, you too, guys.)

how do i handle a boy who is more experienced than me? - Whips and chains, my friend. Whips. And. Chains.


Happy Sunday, everyone. I hope it is filled with love and laughter, as mine is.
Posted by Lara at 9:32 PM

Honestly though, I always feel annoyed when I see people signing, because it means I can't as easily access their conversation as I can other strangers when I read their lips.

In a way, it's ironic. I've always prided myself on my ability to read lips from across a room and engender myself to strangers' conversations. The one language I willingly chose not to learn, and that's the one that makes me feel most excluded.

Wait wait wait, what? You really became an optimist? Is it official? Do you have a certificate? If you can just give me your member number, your laminated membership card should arrive in 2 to 3 weeks.

Seriously though, I think I'm irrationally happy to hear you say that. It's kinda embarrassing =P

I've always wanted to learn sign language. It's amazing, and I wish I knew more. One day.

william - okay, maybe i'm not exactly a full optimist yet, but i'm a lot closer than i was before. that's good progress, i figure.

This is more like it! Good to have you back Lara.

LOL. I love the lip gloss comment, just funny. Now my dog doesn't eat used diapers, as I don't have a baby, but as disgusting as it is she'll eat my...um... tampons. Yep you heard me right. I now have to put a heavy book on top of my trash can to keep her out.

wolf lover girl - i've certainly known some cats (and other dogs) to do the same thing! ;)

I'm slowly learning sign. Although, it's really because I want to be Joey Lucas from The West Wing.