Hey all you movie buffs! I've got a meme you will love. It's been appearing lots of places around the blogosphere, but most recently, I saw it at Lala's and Mick's. Here's how it works:

1. Pick 15 of your favorite movies.
2. Go to IMDb and find a quote from each movie.
3. Post them here for everyone to guess.
4. Strike it out when someone guesses correctly in the comments, and put who correctly identified the film.
5. NO Googling or using IMDb search functions. (That's called cheating, folks.)

1. "Well, I thought my razor was dull until I heard his speech. And that reminds me of a story that's so dirty I'm ashamed to think of it myself." Graham finally guessed this one from the Marx Brothers classic Horse Feathers. LOVE this movie!

2. "He's a sailor, he's in New York; we get this guy laid, we won't have any trouble!" A quotable classic: Momma to LG got this one from Ghostbusters.

3. "As the months went past, he came to see the light once more as well as to feel its warmth; to see first the glory of the sun, and then the mild splendour of the moon, and at last the evening star. And then one day, when our firstborn was put into his arms, he could see that the boy had inherited his own eyes as they once were... large, brilliant and black." No one got this, but it's from Jane Eyre, a movie adaptation of my favorite novel.

4. "My feet are made of clay. Made of clay, did you know? Good night little man!" Also one that no one got: It's from The Philadelphia Story, a classic film starring Katherine Hepburn, Jimmy Stewart, and Cary Grant.

5. "I'll put you back together again. I'll make you taller, and not so fluffy!" Good job, Tense! This is from Lilo and Stitch, one of the best Disney movies ever.

7. "I just wanted to tell you both good luck - we're all counting on you." Yes, Graham, this was generic, but only because too many quotes from Airplane! are so obvious!

8. "Sydney, the man is the leader of the free world. He's brilliant, funny, handsome. He's an above-average dancer. Isn't it possible our standards are just a tad high?" Pincushion Points got this one from The American President, a movie I could watch over and over again and never get bored.

9. "Big mistake. Big. Huge. I have to go shopping now." Tense Teacher also got this classic from Pretty Woman.

11. "This ain't Dodge City. And you ain't Bill Hickok." Way to go, Kaiser! Quigley Down Under is one of my mom's and my favorite movies to watch together.

12. "So the combination is one, two, three, four, five? That's the stupidest combination I've ever heard in my life! The kind of thing an idiot would have on his luggage!" Momma to LG also got this quote from Spaceballs, which is another highly quotable movie.

13. "For a single man in possession of a good fortune must be in want of a wife." Mayberry got this one, and no, it's not cheating that you recognized it from the book. The BBC Pride and Prejudice is amazing, and if you haven't seen it, you should.

14. "The first boy I ever kissed ended up in a coma for three weeks. I can still feel him inside my head. It's the same with you." Good job, Gnomesque, for not only getting the movie (X-Men), but the character too (Rogue)!

15. "She was like the water that freezes inside a rock and breaks it apart. It was no more her fault than it is the fault of the water when the rock shatters." Yes, Little Spoon, this is from Legends of the Fall, and yes, so dreamy.

Give it your best guess! 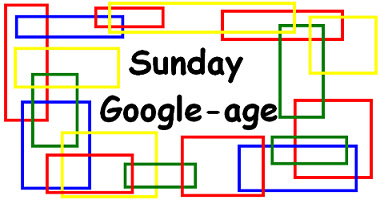 This Would Make a Great TV Show

hot girls lying on cars - Seriously, how many guys do you know who would tune in for a half hour of this?

"I'd like to express my" bad - It's a whole series for people who want to "express" their mistakes to others. And by "express," I mean throw them in their faces.

pantyhose and blackmail - The modern day "Odd Couple." Good times for all.

shoe stuff - The folks over at the Home Shopping Network are getting so lazy about their segment titles.

arts and crafts support groups - A new weekly series on PBS, for those who just can't seem to put down the pipe cleaners and paste.

teaching daycare not for me - Each week, the show will take a man or woman from the business world and let him/her loose in a preschool classroom for 8 hours. Those who survive will be named "winners" and given free Valium for life.

amish sex life - I can't say for certain, but my guess is that this is actually a lot more exciting than any of us would think. All the repression in the daylight? Probably makes for a damn exciting night life.

best cities to find nude roommates - I bet Vegas is at least in the top five.

sick right after sex feel like vomiting - Morning sickness? If not, this could be a big problem.

sexy blogsit 2008 - I want in on this! Who needs a sexy blogsitter? Because I am soooo there.

great sexy stripper songs - "Pour Some Sugar on Me" by Def Leppard. "Walk This Way" by Aerosmith. "Mustang Sally" by... well, anyone really.

google com sex bag - It's like a goody bag, only better!

sex stories of best friends older sister - And you know all of these sex stories... why?

And of course, the WTF?! for the week:


Happy Sunday, and don't forget to guess those movies!
Posted by Lara at 2:07 PM

I'll go first - #8 is The American President. I love that movie! It's one of my favs.

The only one I can even begin to make a guess at is 14, and I might be wrong on that too. X-men? Seems like Rogue.

#6 is Milo and Otis!! I learned that one from you.

#13 I am pretty sure is Pride and Prejudice ... is it cheating if I know it from the book?!

I won't guess at all, cuz I think the fact that I've known you for almost 26 years is probably cheating, too!

Number 5 is from Lilo and Stitch, and number 9 is from Pretty Woman.

I LOVE this! Love it!

The only one that I know that isn't crossed out yet is #9 - Pretty Woman. But I see that someone beat me to it.

I can't wait to see what movies these are all from!

#2 is Ghostbusters and #12 is Spaceballs!

#7: "Airplane"? That's the most generic of your quotes, though, so it's hard to tell for sure.

yay! everyone's doing really well! but so far lots of people are tied at 2 correct answers. can't anyone get three and be the winner? ;)

I really wish there were moer reese witherspoon movies in these memes. I might be able to get one of them. LOL

Wow...Quigley Down Under for 11. Haven't thought of that movie since high school.