Just Because it's NaBloPoMo... 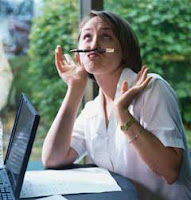 ... doesn't mean the Sunday Google-age ends. Before we get to that, though, I'd like to express my complete and utter frustration with NaNoWriMo. Actually, no - 'frustration' is too strong a word. 'Frustration' implies an active sense of feeling in some way. I just... don't care. I have no motivation whatsoever to work on this damn novel. It's just not that interesting to me - I have no intrinsic motivation to write this thing. Like I said before, I never really wanted to write a novel, so the only thing making me do it now is because I said I would. I'm pretty sure I'm not actually going to get anywhere close to 50,000 words, which is sort of a great reason to just quit now. I'm sure I'll work on it a bit here and there, because there are moments where I find it somewhat interesting. But seriously? Almost 2,000 words a day? I just don't know that I'm gonna be able to do that.

In the meantime, enjoy some Google-age... 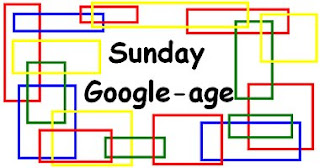 don't pee signs - I'd think a sign that says "Don't Pee!" would be pretty simple to make, but maybe you wanted examples of how to make it more artistic.

kid pees pants - Details at 11. Obviously newsworthy, because, of course, no child has ever peed his pants before.

kid pee on other kids - Fortunately for me, this never happened while I was at work. I think that kid might have been playing alone pretty quickly, though.

pee humor - Never gets old. Much like fart jokes. Well, to me, anyway, but I'm immature.

pee stain in my pants - Yeah, I had what looked a lot like this when I got off the plane after my SoCal trip. I spilled my Sprite during our final descent and it soaked all through my jeans, leaving a suspicious looking stain right around my crotch area. Felt great, too.

when is groping bad? - I think the better question is when is it not?

how to grope accidentally - Uh, I think you're premeditating too much for it to be considered an accident anymore...

girl gropes you likes you - Possibly. Or she's just clumsy. Or she's a pickpocket.

learn to grope a girl - High schools should have this as an elective if you ask me.

mature groping - See, now, if more high school boys learned groping earlier, this is what college would be like: a sea of mature groping.

let me look up your skirt - No.

"Happy Bunny" Gemini ruling lunch meat - Bologna. (I can't believe I knew that off the top of my head.)

Perhaps the NaShoStoWriMo idea isn't such a bad one.

On the subject of posts that garner interesting searches, I believe you might have forgotten one. Does the phrase "exhale task" ring a bell?

I look forward to your Sunday Google-age. Makes me appreciate the way people find me more. Or frightens me more, I'm not sure which.

Ah, the good fart and or pee joke/story. Actually a few friends and myself were enjoying our round table of fart talk on Friday night with a few drinks (that always helps doesn't it?) :-)

The world won't end if you don't end your novel. Spare yourself the guilt: quit now! (Feel free to ignore my advice, of course.)

If it makes you feel any better I forgot to post on day 2 of NaBloPoMo. Do what you can - hey at least maybe you will have 1/2 novel which is way more than most people can say.

Am giggling out loud at the pee ones.. because I apparently have toilet humour also!

aly - yeah, new graphic. i felt bad stealing *everything* from you. although i will say that i didn't steal the original "make fun of google searches from you" - that one i stole from mom-101. ;)