A Mediocre Poem and a Pair of Great Friends

Because California Teacher Guy asked so nicely, I share with you the second poem from Thursday's list:

I once made love in Leaves of Grass,
Tho green is not my favorite hue;
A spectacle in verdant tones
Ogled by a chosen few.
From dusk to dark we tarried there
Until the sky, a midnight blue,
Prompted us to make our way
Back home in groups of one or two.
One happily skipped 'cross the street,
Her schedule filled with much to do;
She'd been ignoring it for hours
To try her hand at something new.
Another trudged with heavy thoughts
Until he disappeared from view,
To ruminate on what he'd done
And punishment, as was his due.
Last of all, when those had gone,
And silence swallowed me and you,
We drove into the night, each thinking
Of the new things we now knew.
At last we spoke chaotic thoughts
About the night and motley crew,
Comparing feelings freshly made
With buried feelings seen anew.
Eventually, we both succumb
To sleep, as mortals wont to do,
And Leaves of Grass, forgotten now,
Lie twinkling with morning dew.

Yeah, I know, it's kind of lousy. I never claimed to be a master poet or anything.

In other news, Charcoal and OP are great. They were studying with me on campus last night, all of us holed up together in our program's library. I left the room to use the bathroom, and on my way back, I got stuck. No, I don't mean I fell in the toilet and screamed "Ajax!" or anything like that (thanks very much to Seeser for sharing that with my entire blog audience - if you have no idea what I'm talking about, all the better). I mean that I became very overwhelmed by life and anxiety and depression and all that other fun stuff and I sat down with legs crossed, holding my hands in my lap, and I rocked myself back and forth trying to work up the nerve to move again.

These are the moments where I feel like I must seem crazy. But I'm not, right? Those of you with depression - you know what I mean, right? Where you literally just can't take another step forward, so you stop where you are and you drive yourself crazy with your thoughts - all these thoughts - about how awful you are and what a failure and how maybe this is how it'll always be because shouldn't you be better by now and maybe if you try hard enough you can actually sink through the floor into a world where none of this harshness exists and you can just be NORMAL again, whatever the hell that means. I'm not the only one this has happened to, right?

At any rate, there I was, just sitting, feeling very lost. OP came out of the library after a while and gave a little jump of surprise to find me sitting randomly in the middle of the hall. Then he gave me a hug and told Bob (for so we have named my depression) to go away. He continued on his way to wherever he was going, and I continued to sit. And eventually, I began to cry. Because I really couldn't move. I was frozen by fear and pain. How was I going to get past this, this moment where I was just stuck sitting cross-legged on the hallway floor - how was I going to move on and continue with my work and my life? I really wasn't sure, so I stayed there. And cried.

Then Charcoal came out and found me there. And she sat with me, and asked if anything had happened to bring this on, or if it was just the same ol' stuff. And she put her arm around me, and held me, and talked with me about some of my fears and stresses. And when OP came back, he sat down too, and we all talked together. And they helped to reassure me. It didn't solve all my problems - they aren't magic, unfortunately - but it gave me enough strength to get up from the floor and move on. Charcoal asked if I was okay to drive home, and when I assured them I was, I packed up and went home to get some sleep.

And now? Now I'm back in the library, with OP and Charcoal by my side. I'm still stressed out and overwhelmed by work, but at least I know that if I break down again, they'll take care of me until I can take care of myself. 'Cause that's what friends do. 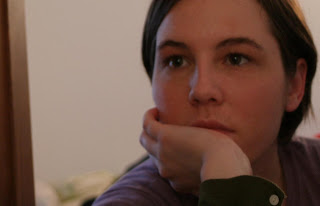 "Every time you get up and get back in the race
One more small piece of you starts to fall into place."

My beautiful poetic friend, you are blessed to have such friends in your life. I envy you like crazy, you have no idea. Bob needs to take a hike!

Love your poem, love your picture, love the couplet at the end of your post, and possibly most of all love that your depression is named Bob =) Now I can say things like: Lara, Charcoal, and OP rock, even when Bob is at his crappiest.

You are very lucky to have friends like that. I don't. Mine are more of the suck it up variety, as is my husband. It's lonely.

but yes, I've been where you were. I'm there now, only I can't sit on the floor, so I stomp it back down again and again until I finally explode.

I am so glad that you have such supportive friends by your side. It takes good friends to push away the Bobs of the world.

Actually, I thought it was a rather nice poem...and I am really not a huge fan of poetry in general.

I love your poem. I am not surprised you have such amazing friends ... they can't help but gravitate to an equally amazing woman :)

The poem was beautiful. I really could FEEL what you were saying! It's strange, but that's the first time I think I've been moved by poetry. I got it.

And, I completely understand what you mean when you just couldn't move. Sometimes it sneaks up on us for no apparent reason. Before you know it, you're a blubbering mess on the floor of life, praying you can just will yourself out of existence, for that would be better than this. This nothing. This everything. THIS.

By the way, watch my blog over the next few days, I'm announcing the winner of the contest in grand form!

Don't be so hard on yourself-- there's merit in this poem. I especially like this little slice: "And silence swallowed me and you..."

Keep writing! (And I hope to keep reading.)

Girl, thanks for sharing - all aspects therein.I know from experience none of that sharing comes easily, and friends like that can be so hard to stumble across.

I want Bob to go away. I also want awesome friends like yours.
::hugs::

aly - you have pretty amazing folks in your life too, little one, so there's no need to envy me. and yes, bob needs to beat it.

tali - that's a lot of love! i'm glad you loved so much of this post, even the part about bob.

julia - yep, very lonely, i'm sure. i hope your friends can show some support, so that you don't always have to keep stomping it down.

dee - fortunately, my friends are strong enough to keep pushing at bob as long as need be. they're awesome like that.

sandra - oh, you. you constantly make me blush and grin like a little kid being praised for picking up her toys. i appreciate the words.

TSM - yay! i'm glad you enjoyed the poem so much. i'm also glad to hear that someone can understand where i'm at. and thanks for the grand announcement!

amanda - so concise, yet so sweet. i'm trying my best.

california teacher guy - oh, i'm always writing. it's just a question of working up the nerve to share my writing with the world. after the support for this one, though, i think i could share some more.

jill b - you are very welcome for the sharing. i'm realizing every day how lucky i am to have these friends.

aimee - i'm working on driving bob away. and i'm an awesome friend! i just happen to live a couple hours away. :-P