A Time to Heal

[Pretty, peaceful pictures have nothing to do with the post. They're just they're to provide pretty and peaceful distractions from an otherwise heavy post.] 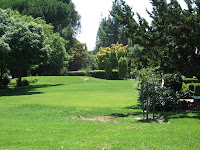 A week ago, I asked you all to let me know what questions you had about cutting. In addition to just being amazingly supportive of me and my desire to talk more openly about this issue, many people did, in fact, submit questions. I won't make you read them all in one post - I'll spread them over a few days. But here, I'll begin.

Before I start, though, there’s something I’d like you all to understand. I’m going to be talking about cutting, because that’s always been my chosen method of self-injury. The area of self-injury, however, encompasses many other methods, including burning or branding, bruising, pinching, and biting (nails, lips, etc.). Since, as I told you, however, I can only really speak to personal experience, I’ll be speaking to cutting specifically. If you want more information about self-injury, including cutting, here are some good sites to check out:

Now, on to your questions...

How would you describe your reason? Why did you do it?

So this is the most common question, which is unsurprising. Why? Why would anyone want to injure herself like this? The thought makes most people just cringe, because it makes no sense. Self-preservation is a natural instinct, and self-injury flies in the face of it. So why do we cut?

Different people cut for different reasons – if you’re curious to find out more about those reasons, check out the resources I listed above. For myself, there were two major reasons. The primary reason in the days leading up to my hospitalization was to feel something – anything. I had gone numb in a lot of ways, and feeling pain was better than feeling that empty fog. It was a way to feel human again, connected to the world around me.

More often than not, however, the cutting was an outlet for emotions I didn’t know how to express any other way. The emotions were too intense, and I didn’t know what to do with them, so I had to find a way to let them out. 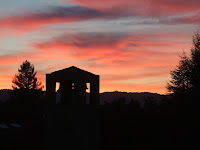 Think of it as a parallel to people who break things or punch holes in walls when they get upset. Or people who pound their fists against their pillows while they cry. Or people who stand in place shaking with rage until finally they just scream with the frustration of being unable to put their feelings into words. It’s a physical way to express emotions that are too strong to leave unchecked. For me, I didn’t throw vases against the wall, I didn’t slam dishes against the counter, I didn’t pound my fists in anger, I didn’t yell and scream – I cut myself. It was my way of saving myself from the overwhelming tidal wave of emotions inside; without cutting, it would have exploded in some other - possibly worse - way.

How did you feel - before, during, after?

Like I said, how I felt depended on what was going on. In the last few days before my hospitalization, I felt completely numb before I cut. I found myself staring into space, feeling nothing, not caring about life or anyone in it. When I was cutting, I focused completely on the pain – “I feel this,” I would think. Afterwards, I would flex my arm, embracing the physicality of the hurt.

But more often, before I cut, I would feel a lot. Too much. I felt sadness, hopelessness, guilt, anger, self-loathing, despair, loneliness, abandonment, isolation… the list goes on and on. The emotions would build, and build, until I just couldn’t take them anymore. Often I would be crying – sobbing, really – but that wasn’t enough of a release for me. I could scream and moan and pound my head into my pillow as I lay curled in a ball on my bed, but it wasn’t enough. The pain was too much, and it needed a way out.

When I would cut in those times, I would cut slowly, digging deep into my skin and pulling down my arm. As the cut would move down the arm, I could see the trail of blood it left behind, and I would stare at it while still stretching it further. At some point, I would tire of pulling the pushpin or shard of glass or razor down my arm, and I would lift it, and look at what I’d done. Sometimes my emotions would still be too intense, and I would start over and make a new cut. Other times I would be done after just one.

Afterwards, I would find myself calm - able to breathe again. Even more than that, I would be tired, exhausted, drained of all feeling. And more often than not, I would crawl into bed or a big armchair and stare at my arm wondering how the hell I was actually going to fix my life. I did know, though, every time, that what I'd just done wasn't the solution. 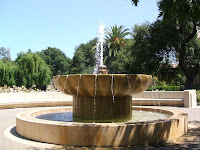 Did you find it helpful? Did it keep feelings of hopelessness or depression at bay for very long?

It was always helpful at the time. It kept me from doing something worse. People have asked me many times if I cut that night, the night I took the pills and went to the hospital. And I've always told them that no, I didn't, and if I had, I probably wouldn't have overdosed. If I had cut myself, it would have released enough of those feelings that I wouldn't have felt so desperate and helpless, and I would have been able to face another day.

But that's just it - it would have been just another day. Cutting has always been a stop-gap measure, a temporary fix. It made me feel better for a while, but things always went back to bad eventually. And like clockwork, the time it took for things to get bad would get smaller and smaller each time I cut. At first it might last me a week or two, but then only a few days, then maybe a day, then a matter of hours. So if I had cut that night, I still would have hit the bottom eventually - I still would have ended up in the hospital.

When did you used to cut? How often? Were there times of day when you felt particularly vulnerable?

I think I've pretty much addressed the "when" - when I felt too much emotion and needed to release it - and the "how often" - however often I needed to feel okay, which changed as I went on. But no, there were no particular times of day for me. There were afternoons, evenings, middle of the nights - it could hit me at any time. I did, however, need to be alone. I've never hidden myself away in the middle of some public place or event. If I felt the desire to cut while I was surrounded by other people, I would just wait. Sometimes this meant I would actually manage not to cut at all, because by the time I was alone again, I didn't feel the need anymore. Other times, it just meant waiting until I was alone and then letting loose with the broken glass.

There ends the first post. If these questions have prompted any new ones, either clarifications or separate issues, let me know - I can happily add to the list. And that support you were all giving before? It'd be great if that could continue, 'cause for all that this is a part of my healing, it's also awfully scary for me.

More questions and answers tomorrow.
Posted by Lara at 11:03 PM

Still, i have no questions.

Just the most amazing love for you.

I really, truly admire you and wish I could know you in "real life" (not just as a person inside my computer!), your posts make me feel and think.

One day, I hope to be half the blogger that you are.

I always wondered why they asked me if I cut lengthwise or widthwise. What difference does it make?

Oh, and this is an afterthought, but you might want to include a blurb at the top about this post being "triggering" for some folks. It's been a long time for me and I still found myself going back ever-so-slightly...

What a good title for such a strong post - I hope that in writing these series you are providing a space for yourself and others to heal.

The new question that this post brought up for me is more along the lines of metablognition (coolest word ever!) - how is it for you to write these posts? To push the button that makes them public? Like tsm, do you find yourself "going back" as you draft? Or is writing in and of itself an outlet for those feelings? (I can see how it might be, but it also might not).

I can only hope that someday I will have the openness to share myself so fully with the world, and the articulate words with which to do it. =)

When my school counselor (useless lady) wanted to know why I only cut the outside of my arm, she didn't really seem to understand when I explained that I didn't want to injure myself, but I just wanted it to hurt. At the time, I was like one of those Cadbury's cream eggs -- a dead shell on the outside with a trapped creamy core of sadness and rage. Now I'm a cryer, which is (I guess) healthier, but freaking annoying.

Thinking of cream eggs, I was at the check out stand at the grocery store this afternoon and I saw that they had orange cream eggs (I assume they're new). They're quite tasty.

lala - still am so grateful for the love. i'm honored you think so highly of me as a blogger. i think quite highly of you as well.

TSM - thank you for the suggestion. as you can see, i tried to address this.

tali - i certainly am for myself. i can only hope it works for others. i believe you share yourself openly already - you just do it differently from me.

teacher anonymous - i think that's a good analogy. though i'm sorry you had to go through it, i'm glad you came through to the other side.

You've made a subject that didn't make much sense to me (although I've tried), make a lot of sense. Describing cutting as a parallel to people breaking things or punching a hole in a wall probably shed the most light. That also made me wonder what makes people choose to either break other things or self-injure.

Anyway, I'm amazed at your willingness to be so open and the efforts you are making towards healing.

dancing dragon - i'm glad i was able to make some sense of it for you, at least to some degree. i know that it is difficult to understand, but that's part of why i wanted so much to try to answer questions. understanding is the first step to healing, in my opinion.